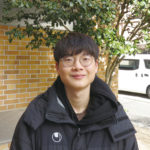 High score in EJU with basic education and high-quality lessons! Got accepted to Rikkyo University of my preference.

Two years in Shurin College of Foreign Language was a precious time that I was able to learn basic knowledge and culture to live in Japan. Also, the teachers were always providing high-quality lessons which helped us to get a better score in exams such as an ability test and exams to study abroad. I took a good score on the EJU exam and got admitted to Rikkyo University thanks to that. I am thankful to the teachers of Shurin College of Foreign Language who made my two years valuable time. Thank you very much. 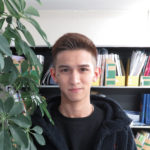 Japan was a country as I thought! I am working hard even on the way to school.

A year has passed since I came to Japan. I think that experiencing Japanese culture and customs is as important as studying. I am always busy with studying, but as I thought, Japan is rich, safe, beautiful, clean, and quiet country.
Teachers of Shurin are good at a lesson, nice, and gentle. In addition, it is good to be able to make foreign friends and on the way to school is a good opportunity to memorize words. However, for those who want to become a special level of Japanese, only lessons are not enough, so please do your best.

Study from the basics! I will start a new professional study for my career dream!

My dream is to work in various fields of Japan in the future. I studied Japanese from the basics after enrolling at Shurin and I came closer to my dream thanks to teachers who gave me various detailed instructions though I had a hard time studying Kanji which I was not accustomed to. It was a vocational school that I could consult with my teacher and study the Internet and business, and I was able to get closer to the goal. I appreciate from the bottom of my heart. Thank you very much.

Believe in myrself, with the guidance of a gentle teacher, I passed spectacularly to JLPT N1!

I enrolled at Shurin to get closer to two-dimensional culture. There are a lot of gentle teachers in Shurin. I was afraid of talking to people but I became fluent in speaking thanks to the interesting and easy-to-understand classes and coaching. I also passed N1 with a perfect score. By remembering words and vocabulary firmly and having confidence of “I can do it, I will not lose to anyone!” you will be able to overcome any difficulties. From the past and from now on, I would like to do my best for my ideal. I am very grateful for enrolling at Shurin.

Encouraged by a gentle teacher and a classmate, I enrolled at the University of my hope!

Last April, in a season with cherry blossoms, I came to Japan I have longed for and enrolled at Shurin. It was my first time to live abroad alone, so I felt lonely and uneasy, but my kind teachers and classmates cheered me up and I got used to Japanese life more and more.
I have found an expert which is suitable for me in an interview with a homeroom teacher and a career counselor, and I passed the entrance exam of the University of my first choice. Such a good result is because of my teachers and classmates who have supported me. It was really nice to have enrolled at Shurin and met everyone!

At Shurin which teaches my various things, I am working hard in the fulfilling days!

I am DINH THI PHUONG. Five months have passed since I came to Japan.
Right now, I study Japanese at Shurin School.
Teachers at Shurin taught me not only Japanese but also various things, which I appreciate as I study at this school. I am having fun talking with my friends and it is really fulfilling days.
Therefore, I think that this school is a very good school. I will try my best in the future. 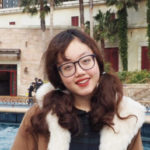 Do not worry about studying abroad! Why don’t you experience interesting stuff at Shurin?

When I enrolled at Shurin in October 2017, I worried very much as I came to Japan, but after studying at Shurin for four months, I was able to grow.
As there are not only Japanese teachers, but also Chinese and Korean teachers, you can study various cultures in addition to Japanese culture. Also, by extracurricular lesson Shurin provides, I came to understand “life skill” and “teamwork” and I became good at Japanese. My concerns regarding study and life disappeared. Besides, there are various interesting things. Let’s all come and see Shirin School and feel it by yourself. 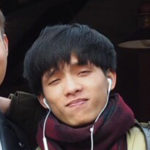 I am NGUYEN DUC HIEU. Before I came to Japan, I was not sure about attending the Japanese language school! Probably you have the same thought.
Even after I came to Japan, it was really hard.
However, thanks to advice from teachers, I got accustomed to Japanese life steadily. Besides, classmates at Shurin have a variety of nationalities, educational philosophy is good, it is also professional, so I think this school is a wonderful school. I will do my best for my future. 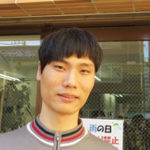 Firmly improved Japanese proficiency through the advice of fellows and teachers while concerned about studying abroad!

In the beginning, my Japanese was so poor that I was nervous even when I went to a convenience store. They say that “Studying is a battle of yourself” but keeping motivation is difficult. Even in such a situation, I can work hard as my fellows also work hard. Also, because teachers taught me carefully, I was able to exceed my limit. I am full of gratitude as I realized once again that my Japanese ability has improved and I am able to grow thanks to my friends and teachers. I sincerely think that I was good for me to have enrolled at Shurin. 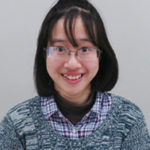 Two years have been interesting, fun, and easy to understand. I got accepted to the University too!

I studied at Shurin for two years. In the class, I was able to ask a question casually and it was encouraging as there were my fellows who studied hard. In the beginning, the score of the test was bad and I was disappointed, but a teacher taught me carefully, so I was able to be admitted to the University of my preference by working hard to the last minute. We talked about a lot of things, classes were very interesting and easy to understand, I was happy to spend a time here, and I am full of gratitude to the teachers. It was very short for two years. Thank you very much.

In the future, I would like to translate Japanese books and introduce them to China!

I like books and by studying Japanese in Shurin, I want to translate a lot of Japanese books, aiming to be a bridge between Japan and China. Often I felt uneasy as I lived alone in a foreign country. However, as I felt warmness like a family from teachers and seniors, anxiety was blown away. Shurin is a long-established Japanese language school, its teaching methods are very easy to understand, its support for students is also good, and I enjoy a school life here. Choosing Shurin was good choice. 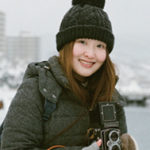 I was going to be a doctor in China... Studying abroad in Japan, I passed N1 from the first step and I learned photograph!

Two years ago, I was going to be a doctor after graduating from a university in the country. But I wanted to make my life more interesting. After thinking a lot, I decided to study in Japan and learn what I liked. For school choice, I chose Shurin Japanese School which I found on the internet. Thanks to kind teachers, my Japanese improved from syllabary level to N1 level, and I was able to enroll at Japanese photograph vocational schools of my preference. I am really thankful to teachers of Shurin. 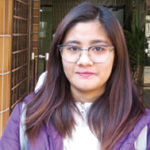 I was surprised by the difference with my home country! Although the snow is beautiful, I like summer after all.

Of the difference from my home country, what surprised me is the “season.” In the Philippines, there are only “summer” and “rainy season,” but there are four seasons in Japan. Last December, I saw snow for the first time. It was really beautiful. I enjoyed the snow with my friends. It was a heavy snowfall in Tokyo in January this year for the first time in four years. What surprised me was that a road got slippery after snow had stopped and various troubles happened, and that surprised me too. However, I still like summer. 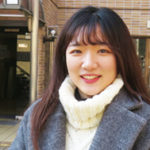 In a busy and fulfilling life in Japan, I was able to acquire conversation skill and qualification! Study abroad experience is so good !!

It has been almost a year since I came to Japan. I am living a busy and fulfilling life with my friends visiting a lot of places especially around Tokyo, and I work part-time. Japan that I am experiencing as a student is much better than Japan I experienced on a trip! The class of conversation helped in an interview and I got accepted to the vocational school, and I passed JLPT 2 within a year. As I talk to Japanese friends, I realize that the experience of study abroad is very useful since I can remember the words actually used in a conversation by Japanese people. 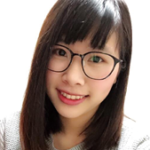 My oversea study must be Shurin !! With the guidance system such as career support, I got a job in Japan!

I enrolled at the Japanese Department of Shurin and studied Japanese- Vietnamese translation and interpretation at Shurin College of Foreign Language for 2 years. Teachers of Shurin are very kind and unique, I learned while having fun together, I got many friends, I could spend a very fulfilling time, and time has passed so quickly since I came here. When I was looking for a job, I could practice an interview with a teacher in charge again and again, which I really appreciate it. I am currently working as a salesperson and I feel that it is really good for me to have enrolled at Shurin. Please foster your relationship with people and enjoy school life. 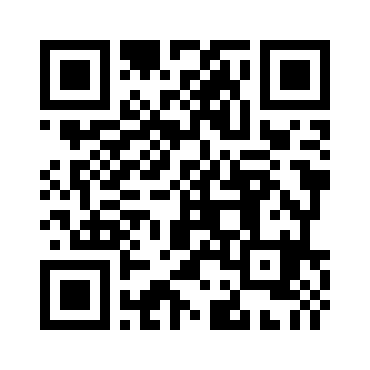